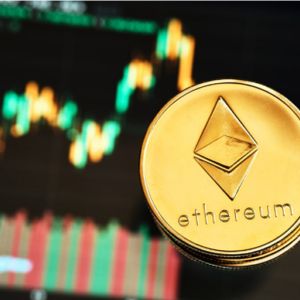 The downfall of FTX has also left its mark on the Ethereum (ETH) price. Over the last 30 days, Ether has recorded a drop of around 20%. At press time, the price was at $1,171, just above the crucial support level of $1,100. In the short term, the ETH price has found support at $1,171. However, if the key resistance at $1,230 is not breached in the next few days, a retest of the level at $1,100 could be on the cards. An important on-chain indicator for Bitcoin indicates that this does not have to be the case. Since the crypto market is heavily dependent on Bitcoin as the largest cryptocurrency by market cap, a bottoming of BTC, could also mean accelerated gains for altcoins, led by Ethereum. As cryptocurrency exchange ByBit notes in its analysis of the market today, the MVRV (Market Value to Realized Value Ratio) of short-term Bitcoin holders has exceeded that of long-term holders (HODLers) for the first time this cycle. Related Reading: Ethereum Price Recovery Could Soon Fade If ETH Fails To Surpass $1,250 The MVRV shows periods of market euphoria when the market value was significantly higher than the realized value, meaning the cost basis for Bitcoin purchases. “This could suggest a possible bottom formation, especially when direction traders are doing better than HODLers with strong convictions,” the analysis states. Ethereum: EIP-4844 Implementation in March? Meanwhile, Ethereum investors can look forward to highly positive news. As Tim Beiko summarized, Ethereum developers are working towards including EIP-4844 (also known as proto-danksharding). This is a highly anticipated scaling proposal, in a future mainnet upgrade. Whether EIP-4844 will be rolled out with Shanghai in March is currently pending. However, a decision could be made on December 08. This is when the next ACD, the last one in 2022 will be held. Beiko stated that” it’d be great to wrap up the year with the final specs for Shanghai”. Related Reading: Bitcoin Price Faces Rejection, Why BTC Could Resume Its Downtrend So far, EIP-3651 (Warm COINBASE), EIP-3855 (PUSH0 statement), EIP-3860 (Limit and counter init code) and EIP-4895 (Beacon chain push withdrawals as operations) are guaranteed for the Shanghai hard fork of Ethereum. EIP-4844 is intended to introduce a new transaction format called shard-blob transaction. This allows data to be stored off-chain and accessed temporarily by Ethereum nodes. Liam Horne, CEO of OP Labs, the developer of Optimism that uses roll-ups, expressed that L2 fees could become much cheaper. “This is a GAME CHANGER for the rollup-centric roadmap, as fees could be lowered ~100x,” Horne said. Ethereum co-founder Vitalik Buterin commented on EIP-4844 as following: This is a crucial first step to massively lower fees on L2, helping to make it affordable for much larger numbers of users to directly use on-chain applications instead of relying on cefi intermediaries. Yesterday, the broadest commitment across all developer teams was that EIP-4895 should happen quickly, ideally around March. “There are other things they [the Ethereum client teams] are working on in parallel, and if these can make it at the same time, we should include them, but withdrawals guide the fork,” Beiko summarized. At the same time Beiko confirmed that EIP- 4844 is the second most important thing. Thus, if all goes according to plan, proto-danksharding still has a chance to be integrated in the Shanghai hard fork.